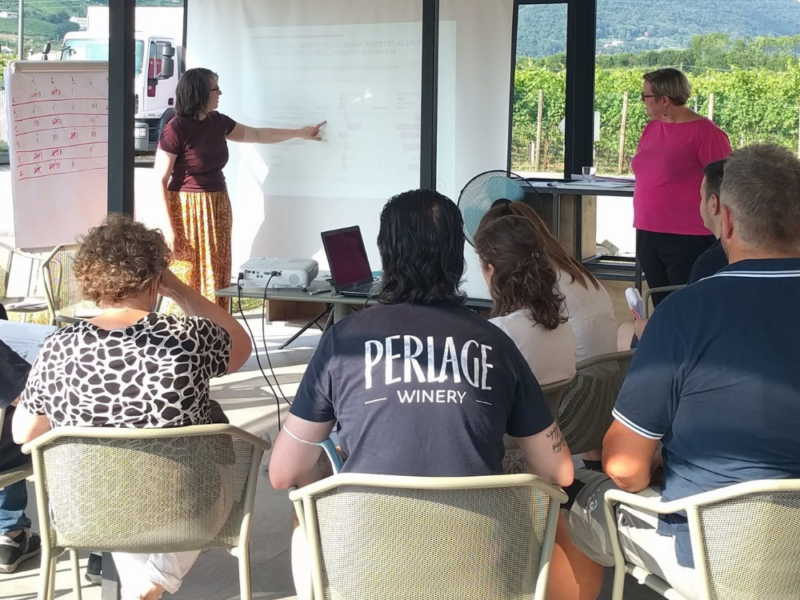 Workshop in the winery to discuss about #genderequality

Perlage team wanted to take up the challenge launched by one of the BCorp campaign slogan:"Perchè lavoro è maschile e disoccupazione è femminile?". (This question is a pun, because in Italian language the noun “work” is masculine but “unemployment” is feminine, so it could sound like this: “ Why is the term work male and unemployment female?”. So the language is used as methaphor of gender equality theme).

Starting from this important invitation to reflect on gender equality, we planned an 3 hours activity on July 9th.
Thanks to the collaboration with the Cooperative LaEsse of Treviso, the group had the opportunity to deepen and discuss about different issues such as: the image and gender stereotypes, preconceptions built and sedimented within the cultural context. Or the group culture and leadership, the gender balance that goes to consider the differences in time management between women and men; or the gender gap a now-commonly-known term that refers to the differences between the sexes in the quality of the career path.

The initiative has been a valuable opportunity to eradicate the various clichés about gender equality, discovering that everyone can do their part to reverse dynamics that are only apparently established.